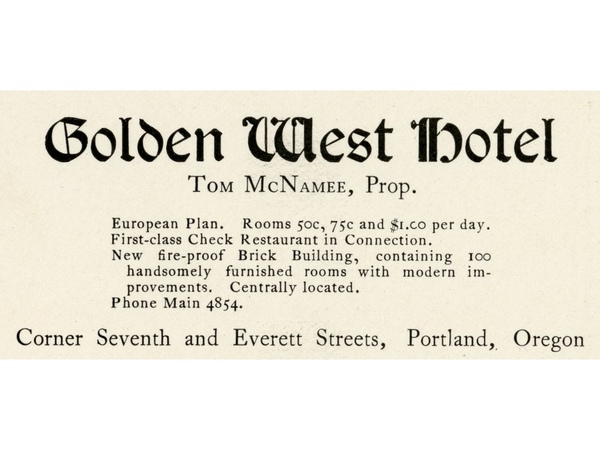 An advertisement for the Golden West Hotel, circa 1905

A Jewel Within the African American Community

Looking back at the history of the Golden West Hotel, looking forward to its future

Hart talks about the year the Golden West Hotel was built, the hotel's peak time of operation, the time of the hotel's closure, what happened to the building after being abandoned, and Central City Concern's efforts to preserve the building for historic significance. Central City Concern is a non-profit organization which aids in eliminating homelessness in Portland. 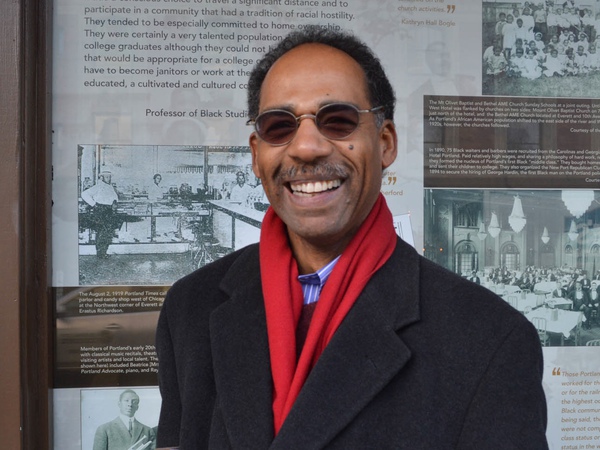